One man is leading the charge to research how taste is affected by the way our food looks and sounds.

If you’re paying attention the next time you stroll through a supermarket you might notice how colorful everything is, a botanical garden of plastic wrapped consumerism. You might also notice that your eye is often drawn to a particular package design that is subconsciously appealing to you. Whether it be based on the color or the shape of the package, there is something screaming out to you saying, “look at me. Buy me.” This is effective design and marketing at work. But what if your consumer habits weren’t the only thing influenced by package design? What if the way that that food actually tastes to you was being directly affected simply by the way its packaging looks? 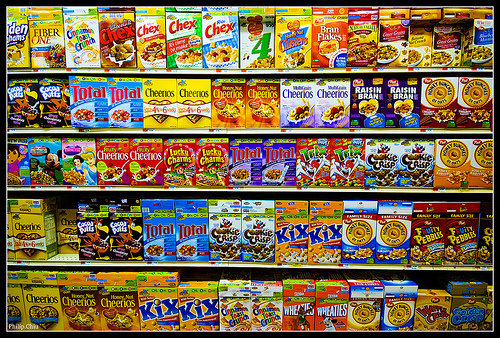 In a recent New Yorker article about the multisensory studies of Charles Spence, a professor of experimental psychology at Oxford University, this very idea is explored in a way that could have major implications for the future of package design and marketing. With a team of researchers at Spence’s Crossmodal Research Lab, Spence has been studying how taste can be transformed by color, shape, and sound. As an example, their earliest research suggests that the perceived freshness of a chip can be affected by the pitch of the crunch sound that it makes, or that the sweetness of strawberry mousse is ramped up when served from a white container instead of a black one. With many more experiments revealing similar findings alongside the Western world’s already rampant snack-food craze where food is consumed directly from the package, it’s not hard to see where the potential for major marketing comes into play. Consider for example that for the span of a decade, Spence was part of a research group funded by Unilever where he and his team tested the effects of volume and pitch on perceptions of aerosol sprays.

In 2006, with funding from Unilever, Spence conducted a study to see whether altering the volume and pitch of the sound from an aerosol can would affect how a person perceives the pleasantness or forcefulness of a deodorant. Based on Spence’s findings, the company invested in a packaging redesign for Axe deodorant, complete with new nozzle technology. The underarm spray, which is targeted at young men, now sounds noticeably louder than the company’s gentler, female-targeted Dove brand.

With countless studies under the guidance of Spence revealing similar outcomes it’s easy to see that the future of package design in marketing is as big as it’s ever been and just getting bigger. The important question is how marketers will use it. There is a very real concern surrounding the obesity epidemic in the united states. Making packaging more appealing through the employment of color and shape has already been shown to encourage poor choices with regards to purchasing food. Spence contests that his research could be used for the complete opposite reason though, combatting obesity and promoting health. He has recently been meeting with the U.K. government’s Behavioural Insights Team to discuss how companies could use sensory manipulation through package design to replace some of the detrimental nutritional content of packaged foods.

Read more on Charle’s Spence at The New Yorker