How Lebron James Grew From Superstar Athlete into a Global Brand 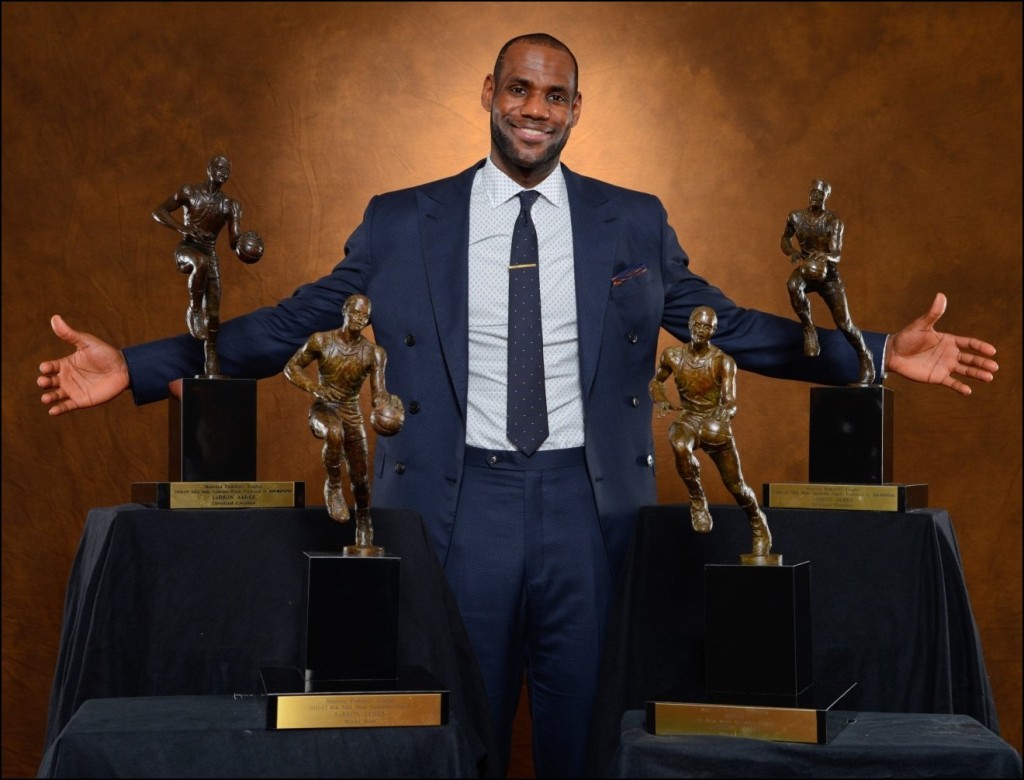 With all the hype swirling around last night’s NBA championship game I think that now is as good a time as any to jump on board the train and discuss a few things. I’m not going to talk about NBA MVP, “Chef Curry,” or his “Splash Brother,” Klay Thompson. I’m not going to talk about how this years Golden State Warriors team is one of the best NBA teams we’ve seen in the last 20 years (congrats on winning the championship by the way). Instead, I’m going to talk about Lebron James, and not his finals performance which was probably one of the best by an individual player in the history of the game.

We all know the name. Lebron James: world-class athlete, physical specimen, superstar, olympian, business man, champion, the best ever (debatable). You’ll hear any one of these things when people talk about Lebron James. However, there is another lesser used term out there that defines the  myth which might be the most important of all: brand.

In 2014, Forbes listed Lebron as the most valuable individual brand in all of sports at a staggering $37M, besting Tiger Woods after pulling in $53M in off the court endorsements through the year. This comes at the young age of thirty after making one great business decision after another thanks in part to his agent, Rich Paul, and longtime friend, Maverick Carter. Going back to the very beginning before he had even graduated high school, Lebron James was living a life that even professional athletes dream of. Hailed as the “The Chosen One” on the cover of Sports Illustrated as a high school junior,  Lebron had all the hype in the world fueling his ascent to the top. He was one of the first ever high school players besides Kobe Bryant to garner national media attention, and he had the benefit of coming into the global spotlight during the beginning of what would become the social media revolution. His next big break came only a year later, still while not a professional player when Nike signed him to a 7 year $90M endorsement deal. Soon after, he was drafted first overall to his hometown team, the Cleveland Cavaliers, and with his meteoric rise to stardom, accompanied by his first year stats, came more and more ridiculous deals and endorsements. Within his first few years in the NBA, Lebron had received endorsements from global giants such a Coca-Cola, Microsoft, and McDonald’s as well as smaller companies like Cadbury, Upper Deck, and Statefarm. It didn’t take long after this for Lebron to go from being invested in to making huge investments of his own. In 2004, Lebron set up his own marketing firm with his previously mentioned childhood friend, Maverick Carter. LRMR Marketing and Branding as it would come to be known, was the product of Lebron James befriending billionaire Warren Buffet and receiving what could only be referred to as  great investing advice.

What started with low profile investments in real-estate and start-ups eventually blossomed into a 10% equity stake in Cannondale Bikes in 2007 which was then sold for a fair bit of profit. Lebron followed this move with another in 2008 when he invested in the then new Beats by Dre company for a small equity stake. Soon enough he began to be featured in Beats commercials, and even went so far as to purchase a pair of Beats for all of his Team USA teammates during the 2008 Olympics. This is a gesture he would go on to repeat in 2012 for his Miami Heat teammates and again in 2015 for the entire Ohio State Buckeyes football team. The latter gift came less than a year after Apple purchased Beats by Dre for a whopping $3 Billion earning the superstar $30M in profit for his stake.

It seems that Lebron James’ name has the Midas touch on whatever it is attached too and it’s not an effect that’s going to be tarnished any time soon. In the last three years he’s been attached to Samsung, who made him the focus of their Galaxy phone ad campaign and designed a Lebron specific app giving people an inside look at the man’s life, Chinese internet giant, Tencent, and luxury watch maker, Audemars Piguet, who designed a Lebron James inspired timepiece which retails for $51,500. It sold 815 units as of January 2014. Come May of that same year, LRMR would go on to sign polarizing superstar college quarterback, Johnny Manziel.

Most recently, Lebron has signed on to partner with Teneo Holdings, a sports marketing firm that boasts partnerships with two other superstar athletes who know a thing or two about being a global brand, Kobe Bryant, and the lengend himself, Michael Jordan, the first ever Billionaire athlete.

At 30 years young the future is bright for Lebron James both on and off the court. Thanks in large to his determination and work ethic, he has built himself up to be the icon that nearly every child dreams of becoming, a man whose brand in so ingrained in our culture that we just can’t help but stare in awe of what he’ll do next. Yes, the business of Lebron James is alive and well and most assuredly will continue to get big bang for minimal buck long after he achieves his goal of becoming a billionaire.